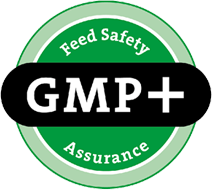 Review about antidiarrheal Bolus electrolyte administered by using applicator for calves,
produced by JFARM in Ostroleka.

Prevention is the most important part of the anti-polar disorders calves potential of significantly minimize losses associated with them. The main causative agent of diarrhea in calves is their weak immune body supplies delivered in the colostrum. The reasons for inadequate immunization of calves are: too late drunk colostrum, poor quality and downloaded too little colostrum. In a large generalization, we can say that colostrum from multipara (having richer "immune past") is much better compared to the colostrum obtained from young cow. The number of cases of diarrhea can be reduced by the subsequent administration of colostrum - 0.5 liters of colostrum twice a day to the tenth day of life. In this way, increases the local immunity in the intestine. Is recommended to give colostrum as soon as possible after calving (within three hours 2 liters of colostrum) and another 2 liters over the next 6-9 hours. Breeding Practice has shown that calves staying with mother usually do not receive enough colostrum, therefore, is indicated individual drinking.

Very important role in immunization of calves is the quality of the colostrum - good colostrum should contain from 50 to 100 g of immunoglobulin per liter. Beef cows are richer in colostrum immunoglobulin but produce it too little, dairy cows produce inferior quality colostrum (HF 48.2g I / liter, and Jersey to 66g / liter). The quality of colostrum affects on their density - thicker colostrum has more immunoglobulin. Colostrum can be collected and stored - in the refrigerator up to a week, in a frozen state up to 15 years.

We can prevent the occurrence of diseases in neonatal period by active specific immunization of pregnant cows. This method involves the use of vaccines containing bacterial and viral antigens - it is advisable to double immunization: 6 and 2 weeks before the calving, and subsequent pregnancy once for 2-3 weeks before the expected birth. Used in this way, immunization of cows capable of producing larger amounts of antibody in colostrum and thus better immunization of calves. The herds of cattle, which were used for immunization programs cows before calving, definitely decreased the incidence of diarrheal disease in calves, and the mortality rate dropped to a few percent.

Another important element of prophylaxis calves diarrhea is disinfection of boxes and bedding for animals. Preferred agents are 5-10% ammonia solution, 3% hydrogen peroxide and 10% formaldehyde solution. In general, sufficient for disinfection 2-3-hour exposure (bacterial and viral), but in the case of cryptosporidiosis disinfectants must be at least 16 hours.

Given the incidence of disease in calves with diarrhea symptoms and often lack efficacy in treating, appearance on the market of any new formulation which support therapy of these disorders is noteworthy, therefore, the objective of this study was selected multiectrolyte formulation "Bolus electrolyte" manufactured by J farms in Ostroleka, 41 Targowa Street

Composition of Electrolyte Bolus (by applicator):

Is used in the form of a bolus inflicted on the applicator to the oral cavity. To be administered once a day for a period of from 1 to 3 days. It is available in the form of boluses each weight 13,5 g ( ±0,5g)

The contents of the individual components and monitoring

In one bolus (13.5) amount of active ingredients is following:

Production conditions of the preparation and its monitoring

The review of the production plant, presented certificates of quality and results of monitoring studies indicate that production of "Bolus electrolyte" is carried out in conditions which comply with the applicable requirements and regulations.

Discussion
Ingredients in "Bolus electrolyte" are high quality and carefully selected in terms of demand calves and their prophylactic and therapeutic effect of the disorders associated with symptoms of diarrhea. The individual components of formula diet for calves "Bolus electrolyte" is protected from degradation and pollution, and it ensures the durability of the structure and consistency and good digestibility for calves. Mieszanka Diet "Bolus electrolyte" meets the requirements in terms of security and marketing. This preparation is safe to use and does not have a negative impact on the environment or animal welfare. Its packaging is correct, well-labeled and presented in accordance with applicable legislation and technical recommendations. Traceability formula diet for calves "Bolus electrolyte" is guaranteed at all stages of production, processing and distribution.

Regarding the composition and operation dietary mix for calves in "Bolus electrolyte" formula should be emphasized that the finished product is orally administered to calves during diarrhea designed to eliminate electrolyte disorders, acid-base, stabilization of intestinal flora and regulation of digestive disorders and enhance appetite.

"Bolus electrolyte" contains a number of ingredients, the most important effect of minimizing the harmful effects of diarrhea show: sodium bicarbonate, sodium chloride, potassium and probiotic. Sodium bicarbonate is an extremely important component of the mixture acting alkalizing and leveling of disorders of acid-base balance manifested in calves with diarrhea occurrence of various degrees of metabolic acidosis. Use in the mix, "Bolus electrolyte" this component allows for quick and effective neutralization of emerging from diarrhea, metabolic acidosis, and is one of the basic conditions for effective therapy. The next components of the mixture that play a large role in normalizing shortages arising in the course of diarrhea in the body of the calf are compounds of sodium and potassium in the form of chlorides. Supplementation of these ions is very important, as during diarrhea together with the increased number of stool output will occur in a substantial loss, which may result in disturbances in the systemic circulation and lead to a fatality. Extremely important, from the point of view of the prophylactic and therapeutic addition of dietary occurring in the mix, "Bolus electrolyte" probiotic bacteria. Their beneficial effects on the body of the calf is based on: the phenomenon of competitive exclusion --challenged with the pathogen of receptor site, reducing the acidity of the contents of the gastrointestinal tract, bactericidal activity, ability to neutralize enterotoxins, inhibiting the formation of toxic amines, immunostimulation and production of B vitamins An additional component of the formula diet for calves "Bolus electrolyte" is a component in the form of herbal chamomile. It has anti-inflammatory, antiseptic and regulates the digestive disorders by stimulating the secretion of bile and preventing excessive fermentation processes in the gut. In addition has a proven positive effect on appetite.

In order to evaluate the effectiveness of the formula "Bolus electrolyte" in the prevention of diseases with symptoms of diarrhea made field tested on calves. The study was performed on 40 clinically healthy calves, from farms established in the field of epidemiology of diarrheal calves (Cryptosporidium sp., Rotavirus, Coronavirus and Escherichia coli). The animals were divided into two groups - a research group consisted of 20 calves, which in the second day of life given bolus electrolyte, while the control group consisted of the same number of calves without bolus application. All animals were maintained under similar environmental conditions. The calves used in the experiment were the clinical observation at 4, 6, 8, 10, 12 and 14 hours of life. In terms of clinical parameters were studied internal temperature, the number of breaths and heart rate, and no observed any signs of disease or the occurrence of diarrhea. If signs or symptoms of diarrhea occurred, animals were divided (depending on the severity of lesions) into two groups:

- Requiring only oral hydration therapy (kept sucking reflex, the dewatering rate below 8%, the behavior of standing)

- Requiring intravenous hydration therapy (no or weak sucking reflex, the degree of dehydration than 10% retention in the bridge position)

In the group treated diarrhea bolus electrolyte appeared at 5 animals, while the control group of 14 pieces. Significant differences were also observed in the intensity of the symptoms associated with diarrhea. The severity of the symptoms of diarrhea in all calves from the research group (receiving bolus) was small, making them eligible for re-hydration therapy only, while 65% of the calves in the control group (symptomatic) required intravenous use of irrigation. The results of clinical trials clearly show the effectiveness of the "Bolus electrolyte" in the prevention of diarrhea in calves, while in case of symptoms bolus administration strongly reduces the severity and shorten the duration of the treatment.

In conclusion, it is clear that:


1. ingredients poduction dietary formula for calves "Bolus electrolyte" are appropriate and normal quality
2. Information on the operation and the recommendations of the period of use formula diet for calves "Bolus electrolyte" are appropriate and sufficient
3.contain of sodium and potassium ions and alkalizing substances is suitable
4.using in a bolus a probiotic bacteria and chamomile improves the healthly qualities benefits and convalescence body showing signs of calf diarrhea
5.condition of production and quality of the finished product is monitored and demonstrates proper sanitary and veterinary supervision
6. all conditions and actions taken at all stages of the preparation of the recipe, production and marketing of a mix of diet for calves "Bolus electrolyte" to ensure animal health and welfare, public health, and indirectly, is correct
7. "Bolus electrolyte" is very good therapeutic agent and prophylactic administration, as demonstrated by studies performed, and its use contributes to reducing the incidence of diseases with symptoms of diarrhea in calves, and animal patients strongly reduces the duration of treatment and improves the success antidiarrheal therapy. 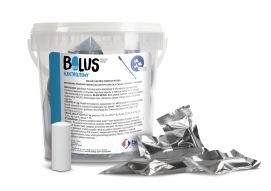